Fake it til you rake it

I was chatting with some crypto friends about work and how hard it can be to stay motivated for various reasons and we were joked about how long it is before retirement. four months, four years - eight? Of course it is hard to say what it would be for each, but I assume that many people in crypto fantasize about not having to work at something they are unmotivated to work at - which means they are biding their time. 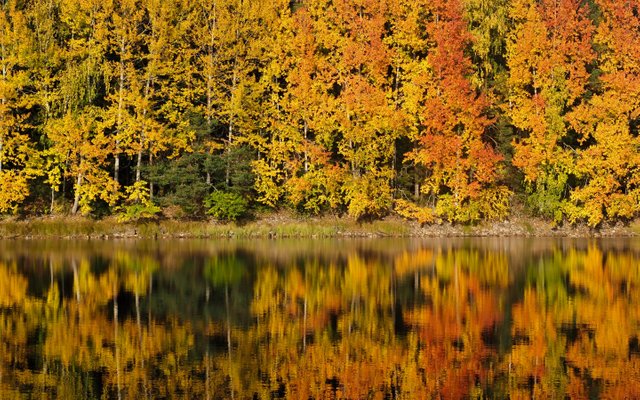 I actually suspect though, that most people, no matter how much they have in crypto, will keep working well past where they would "have to" as like me, they are risk aware, meaning that they won't want to be exposed to a narrow range of streams, and working (whether self employed or for a company) can be a very significant stream.

For me, my work has allowed me the "luxury" to stack crypto without having to bite into it to pay for my living standards. While I don't earn that much, it is enough to cover needs and some wants (occasionally) and still gives me enough time and space to work to earn crypto and explore the space. I am far more enthusiastic and motivated on the crypto side of the work than the traditional side, which goes to show that people aren't motivated by money, as I earn far more on average working than online - well, depending on what the markets are doing at the time.

A spike in the markets like a decent bullrun can change all of that though, which is what so many are working toward and hoping for - that the time and money they invest know will be rewarded with an outsized return. As I have been saying, time matters and many have been diligently building toward a time where they can rake a enough to live, in the same way a business owner invests into their model in the hope of return.

Not all businesses are successful however and many fail over time too, but for them to have a chance, the work has to be done and, what is earned generally needs to be rolled back in. In the early phases, it might not even return a living wage adequate enough to survive on, so they take on debt to live in the hope that the future will be bright enough to pay it back and extra, to the point they are okay. However, for most small businesses at least, there is not much chance of early retirement, but the benefit is having the "privilege to work for oneself. It is far less glamorous than many people make out and generally comes with a worse hourly wage and far less personal benefits than being an employee, as well as a great deal more responsibility.

But, it is generally more motivating to do something for oneself rather than as an employee, even though an employee is actually working solely for themselves. How many individuals are really willing to sacrifice their quality of life for the company they work for - unless they are getting paid?

And I think that this is why a lot of people will also keep working after their crypto would be sufficient, as most people, admit it or not, actually like working as they get some sense of self from it. If they weren't working they would then find some other work to do, but few people I know directly are the types just to live life at home, even if they have all the money they would need - no matter if they fantasize about it.

The fantasy is there, but it is just that, fantasy. The reality is that they would still want that sense of self, that sense of accomplishment from meeting goals and the feedback from a job well done. I think a lot of people don't actually realize how much they miss these things until they go without them for a while and don't have anything to replace them with.

Of course, there are other places to build a sense of self too and I reckon Hive is one of the places where there will be plenty of people who are able to "not work for the money" but will continue on working for the crypto, because they enjoy the process. I think that this could be part of my future, as while I would want to continue working with the diverse range of people I do now, I can definitely see myself reprioritizing what I consider my main work. This isn't due to the amount of income generated at that point, it is based on where I get the most sense of self and, where I feel I make the greatest impact to improve my world. I do a pretty decent job at my jobs, but how much better does the world get because of it?

I think a lot of the "faking" that goes on isn't pretending one has skills they don't in order to build the skills they need, it is in their justification that what they are doing is valuable in the first place. So much of business (of any kind) is pretty much useless at improving our world other than through the money it generates to be spent on what does. We are faking that what is currently done is important until we are doing what actually is. If we can generate the wealth needed by doing something valuable at the same time, why wouldn't we do that instead?

I think that this is going to be one of the major shifts in the economy as we start to move from positions as employees that make value for the owners, to owners who make value for each other. It is not a fast or easy process, but it is possible that in the future, what we are doing here today already, is the norm - a lot of people working toward a healthier kind of work.