Another day, another Hive drive on the markets - A good sign for things to come as we approach the end of the year in my book. I was at work, so didn't have much of a chance to focus on anything or take advantage, but it reached $1.31, which is well below the start of my ladder. Am I being too optimistic? 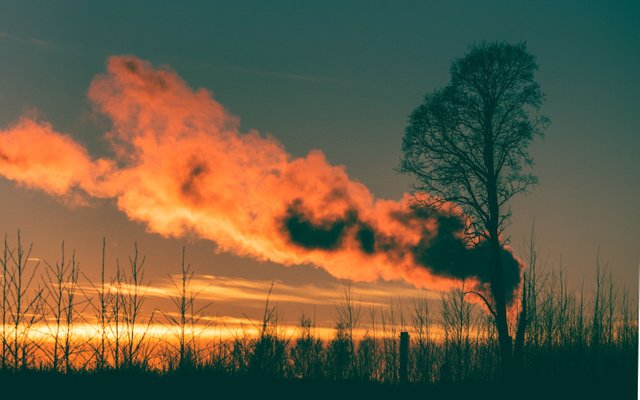 It is hard to say, but in my limited experience, I like these ups and downs to collect more tokens, but eventually, many will end up being caught out as the expectation will be "this is just another pump" and then, it goes parabolic. Because so many people are speculating their sells on the next pump, more tokens are sold at that point and then, once it keeps moving up, the scarcity increases as the sellers unload, but as it keeps increasing, end up chasing into a thin market. This can drive the price up very high in a very short time. I don't know what people are expecting the price to climb to, but I suspect that there will be a lot who sell too early and then people who hold too long (probably me) and miss the top.

What would be a fair price?

"Fair" really doesn't come into it, since most of the price of the market isn't based on anything at all - otherwise most of the tokens would have no valuation, as there is nothing to evaluate other than "yes, this is a token".

HIVE has many sides to it in my opinion, including the ability to create Resource Credits which are like non-tradeable tokens but can be used to buy things like account vouchers. There is of course the curation return, or the ability to pair it with DEC and stake for SPS for Splinterlands. And of course, the vote value itself, which does generate value for the network, as it is possible to empower and reward content creators from all over the world - a part of HIVE I really enjoy.

I know that many only look at things from a financial perspective and "supporting others" doesn't bring in value directly, but I am still idealistic enough to believe that we can indeed improve the state of this world by taking control of our value and using it to support what we would like to see more of. This is in its infancy in the global economy, but I believe it is going to be quite a massive change. Just imagine if those people who support the Effective Altruism movement start getting into crypto - billions in charity that could be even more effectively invested and directed into the wellbeing of those in need. It seems crazy that they keep paying exorbitant fees to the litany of middlemen brokers between. Charity starts in the home and more and more, people are building their homes in digital spaces.

I was asked today what my "exit strategy" is for crypto and he was surprised when I said that I don't have one and I am planning on staying invested indefinitely. He said that five or so years ago he bought 5 thousand in some token and then sold at a loss. He believes he got scammed into buying XRP. He asked what had happened with. Well, it has gone about 150x since then mate....

He also asked why I am so bullish on the future.

It is pretty simple really. As I see it, crypto is the pivot point of the entire financial industry and as such, it is going to touch every layer of the economy and affect every single life on this planet. At this point, it is all opt-in, but it is going to increasingly become so ubiquitous, that everyone is going to be in from birth.

It is already happening.

While the survey was taken by crypto.com so is likely quite biased, some of the quotes are quite interesting:

The research from Crypto.com... found around 42 per cent of Australians were considering coin vouchers and 35 per cent crypto books for Christmas gifts.

Meanwhile 30 per cent said they would look at buying non-fungible tokens (NFTs) such as art, NBA top shot, or Axie Infinity gaming tokens.

Some Aussies are even planning to fund the festive season with crypto, with nearly 8 per cent admitting they will use tech-forward options like cryptocurrency or a crypto-linked card to pay for Christmas gifts this year.

As said, take with a grain of salt, but the trend is clearly moving toward the normalization of crypto in everyday usage. These kinds of numbers are going to grab the attention of retailers who will look to improve their profit and as such, will normalize it further. Combined with the economic woes of the traditional economy, there is a perfect storm for crypto uptake rapidly forming. The more people start to get used to the idea of using crypto, the more who will look to finding ways to get their hands on some.

I see that inevitably, a lot of those people are going to end up poking their newfound crypto interest into Hive, as they look past Bitcoin and become more adventurous. This will be further driven by the growing media focus on side-hustle and passive earnings to supplement inadequate salaries and combat inflation. Not everyone is willing to strip off for OnlyFans.

At this point, price doesn't matter too much, but it is going to start becoming more relevant once there is a substantial amount of participants demanding various goods and services. This means that what will drive price will increasingly become, the usage of the token, not just the speculation on the future usage of it. At some point, promiseware has to off more than a promise and I think in the next decade we are going to see a massive influx of market-ready products with crypto economies integrated natively and through interoperable solutions.

Not only are the values going to rocket upward, but the participation of businesses and users are going to very quickly follow suit, birthing an industry that changes the world as we know it, in record time.

Many are going to be caught out and what they will have burned, is their opportunity.