How much is a regret worth?

I have been around a little while and one of the things I have always found interesting is when people pride themselves on not spending any of their fiat money to grow their account, as if it is a badge of honor. I understand it of course, as it makes it feel "organic" but, this is crypto, the purpose isn't to earn money and take it out to fiat, it is about building usecase to bring fiat into crypto. 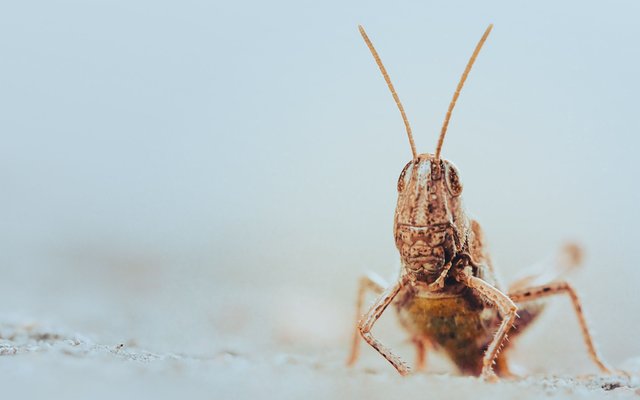 Part of this is in the literal sense of taking the wealth we already have and demanding different with it, demanding what crypto has to offer, rather than putting the money into the same traditional wealth mechanisms that have created the world and the economy we have now. Once that demand starts to shift into the new economy, it starts to build an economic mass that has demand power, meaning that businesses start wanting a piece of the crypto pie and building new goods and services on the blockchains to capture it. This in turn generates crypto wealth directly, that adds more demand value on the blockchains, attracting more developers of goods and services and of course, participants at all the levels.

In time, this leads to many people having a growing amount of crypto wealth and looking for ways to use it and generate more, or consume more directly with it - which enables the support of more business models and a widening pool of participants. In not too long, a sizeable shadow economy has been created that is somewhat self-sufficient and running alongside the traditional, forcing businesses to either split their products to cater for both, or make a choice.

With limited resources, a lot of new businesses will make the decision for the shadow economy, especially since many of the founders will be crypto literate, since they will be the current younger generations who are uptaking it quickly and not only earning, but using too. This means that less new models will cater for the legacy users on the traditional economy, and it will slowly suffocate under the weight of itself, or make the move to close the gap and light the shadows.

So yeah, I find it weird that more people don't actually buy-in to crypto places where they earn, but not only for this reason, but because these are the places they actually use. I find it funny that some people will happily post about how much BTC or ETH they hold, but have no HIVE. Sure, you can see it as an investment decision based on their expectation, but the same people want to earn HIVE on their posts too, as does everyone - they are here using it, why not encourage others to as well?

But it isn't just on HIVE, people do the same on Splinterlands too, and everywhere else. I agree, people should be putting in the effort to participate and this is definitely true for those who can't afford to buy. But for those who can, why wouldn't they be investing into an industry that they believe is going to make a difference in the world - why didn't they buy HIVE at 10 cents 10 months ago? Is everybody so incredibly bad with their money that they have no change to spare for a place they are spending their time in? Most people buy a coffee when they go to a café, yet people spend hours here daily and nothing?

This of course doesn't mean they don't expect to be rewarded for their time here, as what they give to the community is so incredibly valuable that they deserve votes, even though they do not give a toss about voting others. There is a reason that people with stake often get some support here, and that is because they have shown that they are invested in Hive, whilst those who were earning and are constantly selling, tend to lose their support over time, because the inverse is true.

In my opinion, the future economic conditions are going to be heavily affected by crypto tokenization, and crypto is about taking ownership, not just of tokens in the hope that they go up in value, but of what we use and is important to us - turning them into personal assets. Social media isn't going away, what is going to change is that the users are going to have the possibility to own their accounts, the applications they use, their follower lists and all other forms of tokenized assets and, be able to monetize them in various ways.

Sure, it is possible to earn a bit of stake and possibly even get a fair amount over time, but if looking to actually be an owner in the future, it makes complete sense to empower that ownership by investing now. I am not saying just into HIVE of course, but crypto in general. If you think you know what you are doing with crypto, have the means to invest fiat and aren't - do you really know? Sure, you might have a massive stake in crypto already and adding a bit more fiat doesn't move the needle - but if you don't....

For me, I have taken a hybrid approach on crypto, where I first started earning an then started buying on top to empower and speed my ability to have a sizeable stake in the future that I can use to encourage more development, more growth, more participation. I am spending less and less in the traditional economy and more in the blockchain communities each day and eventually, I hope the majority will follow suit.

It is an interesting conflict though, when people are unable to buy crypto in their life while living in places and living lifestyles that suggest they should be able to put even a little in. This suggests that they may not be so great with money, which means that unless they change their habits, there isn't a lot of point in giving them any more. At some point, it is like enabling an addict by providing them their drug of choice, in the hope they will clean up their act.

It is not my business to tell people what to do with their money, but it is my choice what I do with my own - as it is for each of us. I have made some terrible financial decisions in the past, but by far the biggest of them has been, not investing into what I consume. The rich get richer, because they invest into what we use and if you want that to change, you are going to have to take ownership of something for yourself.

Most will just be left holding regrets.

How much is a regret worth?