Long closed, but ready to open

Expect a flood of excited Splinterlands posts all over the platform.

This is a massive moment for the game and incredibly important, as there is 15,000,000 more packs to be sold and this opening essentially showcases most of the cards and their attributes that will be on offer (minus the "special" cards that are emitted with every 1M packs sold) and this is going to heavily inform buyers of their upcoming purchases. If the cards are on average competitive with older releases, this could be a "cheap" way for players to up their Leagues, so it can influence buyer reasoning to drop a bit more into the game. If there are only a few key cards that are competitive, it might slow sales of packs, with people hoping to get individual cards on the secondary markets. 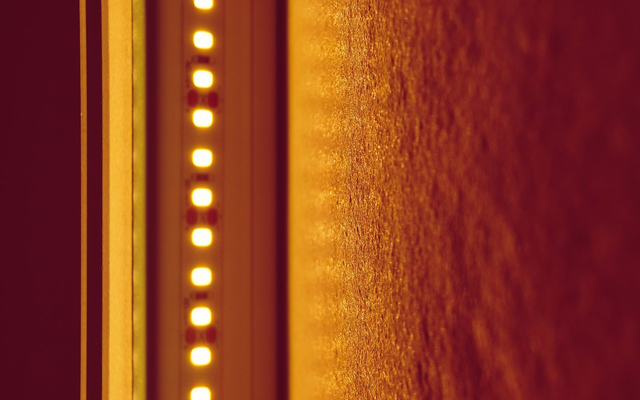 While this is "just a game" it is also influenced predominantly by the potential to invest, own and trade, making the economy of it the most important facet for the majority of players. This is of course also influenced by the fact that the majority of players are also crypto seasoned to some degree, so are accustomed to considering the tokenization factors in play and evaluating how it is "best" for them to act in order to maximize their experience.

And speaking of experience, this is one of the values of Hive as a content delivery blockchain with a blogging aspect tailored in, as it allows for communities to gather and share experiences, learn from others and build understanding and connections amongst the community itself. And, because when done on the blockchain this is transparent, it allows for all kinds of users to come together and discuss from their own perspectives and get feedback from others from theirs.

For example for me as someone who has been active on Hive in many ways for a long time, I have only just got into Splinterlands in the last six months. This has meant that I have spent time learning about it, playing and investing quite heavily into the economy of the game and since I write from my own experiences, this has resulted in me posting about Splinterlands. Because of this, I have connected with people who I have known for a long time and interacted with, but now through a different framework of shared experience. It has also brought SL gamers that previously weren't attracted to what I might have to say as it doesn't relate directly to the things that they are interested in and as such, I have extended my viewership a little and we have been able to interact together and learn from each other.

this has been interesting for me as I think (I am biased) that my content is generally interesting to most people, because it speaks at a general level and what I try to do, is provide layers of perspective. Depending on the level at which someone wants to dive, they are able to hopefully find something that helps them, even if it is not directly related to what they are doing.

As I see it, there is a lot of overlap everywhere, yet if we stay narrow and more literal, we miss a lot of the connection between. For me for example, the reason I didn't get into Splinterlands much earlier, was because of my simplistic view of it being a game and, I not being a gamer anymore. As such, I didn't dive into the tokenomics of it, which is something I (probably obviously) love. The problem was, I was coming from the wrong frame of mind, focusing on the play-to-earn and buy-and-sell of it, rather than the far more interesting (for me) economics and behavioral facets of the game.

This is my failure of course, but it is also the failure of how it was initially presented to me, as it didn't capture my attention at a level that was compelling. This is very much like what I have said about how most people try to get people into crypto now and especially in the past, where the framing is wrong for the audience. Also, it set up a position that made me discount the game early, closing myself off to it, even though development was consistently taking place to expand the game and economy to flesh it into a broader experience, one that I do find copelling.

I think over the years, I have made this same mistake with the way I have tried to introduce people into Hive, as I have framed it in a way that is compelling to me, but not necessarily to them. Plus, I look long, meaning that when they are coming in and evaluating whether they will "play or not", they don't see the future I see, in much the same way I didn't see the future that @abh12345, @mattclarke or later @azircon saw in Splinterlands - I was urged over and over to take part, but I behaved like a stereotypical no-coiner - ignorant of the development process and unwilling to do my own research.

Which is unforgiveable and I should be punished.

I have been punished.

I had my potential trimmed so that rather than being amongst the earliest of adopters, I was (at this point in time) late majority and as such, cannot benefit to the same percentage as those earlier. But, I that is late majority now, which is effectively early adopter five years from now, much like someone who had the opportunity to buy bitcoin at 10 dollars, but ended up buying at 1000 dollars instead.

Now that I am involved, I see that there is still a lot of potential for growth because there is a lot of interest and development taking place. Combine this with the confluence of crypto adoption, the turning focus toward usable NFTs and the state of the world in general, and the future of Splinterlands looks bright. Yes, there is still investment risk as always, but also as always, the potential for reward has to inform the willingness to take the risk.

Am I stupid for not having invested? Yes. And no. Perhaps if I had I would have been one of the many early sellers as the game was too simplistic and the economy not full enough to hold my attention. Also, it isn't like not investing into Splinterlands meant I was doing nothing else. I am not exactly a no-coiner in crypto, I was just a no-SL-coiner. I was highly active in other areas so the opportunity-cost of non-participation is offset by gains in other areas. Having said that though, a hybrid approach might have yielded the greatest return for me, based on how I value my writing and experience within the community.

But, if you made it this far, you might realize that this post like most of my posts, is embedded and layered, so that depending on your frame of reading, you will be able to take something from it and hopefully apply it to your own circumstances to improve your experience. This is one of the many values of the blogging side of Hive, which unlike Splinterlands, is something that hasn't passed me by.

On the 8th I will get to open the 1306 Chaos Legion packs I have bought and at that point I will decide whether I am buying 100, 1000 or 5000 more of the coming emissions. I believe there will be plenty of opportunity for people to buy, but the first few millions of packs in the open sale might go very fast indeed.

The other thing that is going to move fast on the 8th, is the amount of Chaos Legion Presale posts analyzing and showcasing openings - so be prepared. I might even do on of my own.