I was just running a hypothetical scenario in my head concerning salary. As I am contemplating shifting position into an area that is a bit more visible within the company, I assume there will be more money on the table. For many, getting a "raise" in salary is one of the core reasons to look for more responsibility in the workplace, but is it because of the money itself? 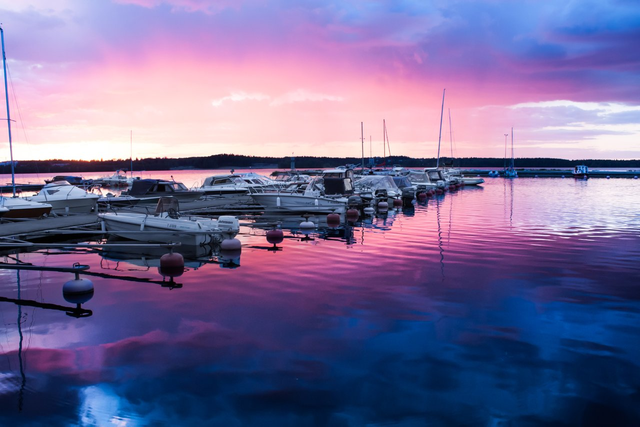 For me, a little more fiat income is always welcome, because the more I get, the less chance I will ever need to use crypto. But to be honest, it really isn't a very good incentive, especially under current conditions as I cover the what would likely be small monthly increase with other activities. As I have said before many times, the goal is to build income streams that can sustain me through all markets, but there is another reason. I don't ever want to be influenced to take a job for a payrise - I want to only take jobs I see as valuable and, for which I am suited.

And I cannot lie, the extra salary does matter. Not because it is an incentive, but because it is a reward for the work. In my opinion, compensation has to fit the job, so regardless of whether I need or want the money or not, it has to be adequate. Taking out the utility of money as a tool of trade, as a salary, it is a representation of the value of the job itself. This is definitely an imperfect metric across fields where for example, comparing societal value of jobs like nursing or derivative fund managers, but within an organization, there is some correlation.

From my perspective, if current job A pays X and future job B is more valuable to the company, it has to be better rewarded. I am not someone that cares about the incremental change and not an iota for job titles, but I am someone who values being valued. Part of that "being valued" composition includes being adequately rewarded for a position and for exceeding the requirements of that position.

Also, if it is a job worth doing well, it is a job that should also be adequately rewarded. At least that is what I believe, which I think is partly influenced by a job I did when I was in my early twenties.

A guy I knew asked me to take some work from him, as he didn't have the time or patience. The job was getting the paper in the morning and an extra one on Thursday, skimming it for articles about a client company, if there were articles I would have to scan and email them, if not my job was done. It was 6 days a week and would take a total of about 4 hours a month. I got paid the same as 3 weeks of my average salary of my full-time job!

Now, at the time he knowingly could have quite easily offered me half as much and I would have likely asked the identical question about it being so much. He could have given the same reply and I would have felt adequately rewarded, while he pocketed half the money. But, he didn't - because of a simple reason. He had integrity.

And I think that this is why in the workplace, adequately rewarding jobs based on what they are worth to the company is important, because it demonstrated integrity. This is something that is important to me, which is why I do not give salary wishes when asked on application, I let them make an offer, but let them know that one way or another, I will soon enough discover what the job is actually worth, so if they under pay me for it, they have shown their lack of integrity and will have lost my trust. Once trust is lost, no amount of increased compensation will win it back. You can buy many things - but, You can't buy trust.

This is becoming far more salient in the job market because it really is getting hard to find goo people to employ and when there is so many options, retaining the best is very difficult and money isn't enough by itself. However, when the money is adequate and there are other factors like trust and valued relationships in the mix, the money takes backstage and the job can be done because it is worth doing. Especially when the people who it is getting done for appreciate the work getting done, and not only because they underpaid for it.

In jobs where skills are common, salaries are lower because pretty much anyone can substitute in to do the work. It doesn't necessarily mean they do the work well, but the consequences of an "average job" might not be that costly for the company- average is good enough. However, in a position where there is a lot riding on the performance and outcomes of the position and the skills are hard to come by, especially if paired with an appropriate mindset, the salary is going to increase.

When it comes to salary, it isn't only based on the value of the position to the company, but also on the value that the person brings into the job with them. some people do what is needed to be done. Some people do so much more.

As the saying goes - you get what you pay for.