Prospecting and Mining for Crypto

There is definitely an air of excitement building at the moment on Hive and I feel that many have expectations about the near future being pretty rewarding. It seems there is a confluence of streams for quite a number, where their various activities over the last however long they have been in crypto are coming to a head and the dam is about to have its banks broken, and an ocean of possibility is just on the other side. 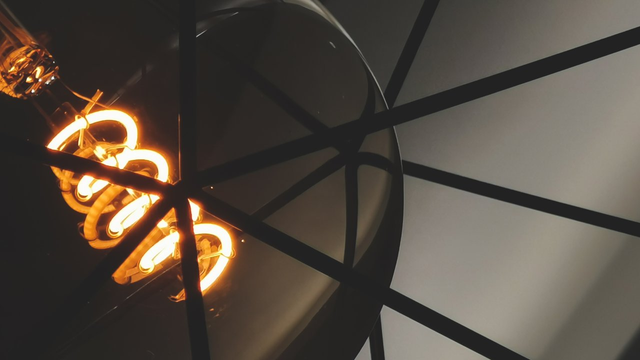 I wonder how many people owe their future to Hive in some way. I suspect many. I know I do.

While "mining" is a common enough term in crypto, I think a lot of people forget that there is a stage before that is vital to the process. Prospecting. I think this is an apt thing to consider, as it speaks at various levels of possibility, whether it be the finding of potential resources, the evaluation of conditions, the building of the mental imagery, the anticipation and expectation of the future and of course, a candidate for a position. All of these things speak of the prework involved before getting to an outcome, like a geologist looking for a new sire for a potential well, or panning in a river for signs of gold.

Looking at a project's potential is very much like prospecting and while tokens might be mined in different ways, the drilling process is the same - it takes participation. When there is a goldrush, everyone wants to grab a pan, which is why so many people end up buying high, as they are compelled by the movement of the crowd and just do as they are led. A lot of people in the near future are going to get their first taste of crypto investment through the traditional financial institutions they already use, but how long will it be until people start "striking out" on their own and prospecting for themselves.

While most may not, I suspect that given the current economic climate and the changing of investment culture and risk profile (especially in the young), there are going to be more people who will dive headlong into crypto and see what they can find. I believe that while currently people think researching fundamentals is working out which meme coin is going to pump, I believe that savvy investors are coming and they are actually going to want to unearth real value potential, where long veins of gold and deep wells reside.

As I and many others have realized and said, the future isn't in buy token and sell token value, it is in usecase, usage and longevity of project. This means that business development will increase and the prospectors are going to be looking for value to mine, by investing into owning stake in the fundamentals, not just the currency of it. This means having stake in the infrastructure that helps enable the token to hold and fluctuate in price.

I think this is where the future of decentralized investment is going to push, as it allows a wide cross-section of the global population to become investors across distributed global points. This means that rather than the localized and often nationalized view of the economy, we are all tied together economically and visibly. This breaks down the borders that government erects and joins people to people, rather than just being driven by political agenda. I think we can observe this on Hive already, where nationality, race and religion are barely even acknowledged, other than how they pertain to the global economic environment we are trying to improve.

Looking at it from a prospecting perspective, just think about how the natural resources of the world have been distributed and used and recognize the role it has played in the division we have in the world today. Some of the most resource rich areas in the world have systematically had their wealth commandeered and leveraged, leaving nothing but scraps for the majority of people. While a few corrupt and the governments and corporations involved get enormously wealthy, the local people live in poverty.

The thing is that being physical, natural resources have a location and therefore there are all kinds of ways to attack or protect resources. Once this moves digitally and the potential "mines" do not care who is mining, things change from location-based to usage-based value streams. A person doesn't have to be breaking rocks with a pickaxe in the mountains or building an oilrig out at sea, they can participate in multiple ways from wherever they happen to be.

For example, the other day I was waiting for my wife outside her workplace - voted for a post I was reading, adjusted some Splinterlands rentals and played a couple of rounds - that earned me around the cost of fuel for the trip. But, that doesn't go to fuel, it will go to investing back into crypto projects of one kind or another.

What this means is that while I am prospecting, I am also mining and the resources I extract get used to push back into other potential mines. These mines are owned and utilized by other people doing what I am, meaning that there is a circular economic process of extracting, investing, building, prospecting, attracting and extracting resources again. More and more, people "in crypto" are going to increasingly stay in crypto and participate throughout the economy at all levels of the crypto supply chain, generating wealth for themselves whilst helping others who generate value to build wealth too.

The complexity of this economy is actually simpler than the legacy it will replace and has the potential to be far healthier as there is a great deal more visibility on the dynamics in play. Plus, with so much automation cutting out middlemen services, more wealth can be distributed between investors and the market creators, meaning a larger amount of the mine being reinvested by users, not just collected by a few centralized miners and the investors who back them.

I believe that this decentralized system of ownership and distribution is not only key to protecting the system itself and the innovation to come, but is actually the driving force behind the wealth generation mechanics, as it encourages participation from everyone. This might lead to less "high peaks" of wealth, but the real living standards and wealth at a world level will increasingly improve so that value is held more evenly through the entire global population. What this may mean is that while nations fight each other for economic dominance of the other, the average human is actually connecting a collaborating to build relationships that make the borders they fight over, irrelevant.

From now on, we are all prospectors looking for value and there is no limit to the crypto mines available. We need to stop thinking about resource scarcity as a physical limitation based on location, and start realizing that it is about usage and attention. The attention economy thus far has been used to sell products by the centralized platforms, but the coming value is going to be based on whether the average person is willing to buy the business itself, not just the product. The first question to ask before investing will be, can I use it?

No matter what course the economy takes, value is always going to be driven by supply and demand. In crypto, supply is not a problem, as the resources are unlimited and very cheap to create. What the challenge is going to be for all potential mines is, Do people want what we offer?