Stick it to 'em

It is nice when things fall into place, isn't it?

Of course if you haven't heard, Hive has hit a new all time high and this time, it has blasted through the old and hit around $2.4 - that is 1500% in six months. Not bad. Of course, not everyone will be happy with this, as earning Hive gets harder, despite there being a load more value in the system. 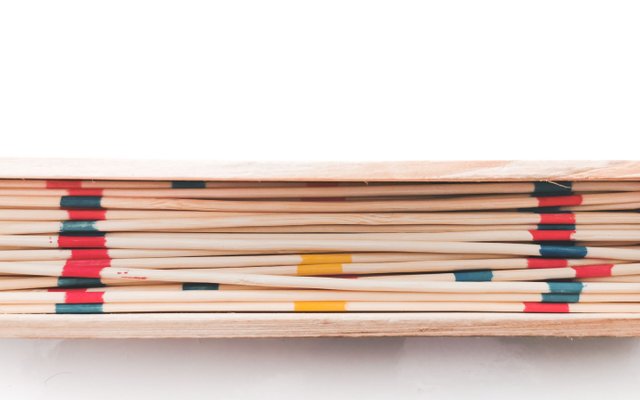 Speaking of that, the current blockchain feed price (what the blockchain is calculating as the price of HIVE on a 3.5 day moving average) is only at $1.35 at the moment. The market price is at $2.18 currently, so it will start catching up over the next couple days. However, at this feed price, I now have a $10+ dollar vote - it feels like it has been a while. Once it catches up (if the price holds long enough), it will be getting closer to $20 - that is 200 dollars worth of Hive being distributed every day. Well, 150 in Hive, and 50 in HBD.

New all time high in a moment?

I love these times. Not just because of the value of what I hold is going up to amounts that I could never have dreamed earlier,

but I love the atmosphere in the community and especially how the people who have been...

working their asses off in all kinds of ways for years on end, suddenly seeing the fruits of their labor well, coming to fruition.

Must be hard to concentrate.

Last night, I went to bed quite late chatting and keeping an eye on what was going on, only to awake in the morning to find that it was acting out of character and there was a lot more to go today. and now, more again. For those who have been struggling to make ends meet but have been still gathering HIVE, I am so happy for them. Take some profits, but know, this isn't over.

A lot of people are going to sell early. If you are one of them, make sure you are happy with the price you get, regardless of where it goes from hear. "Buyer's remorse" is painful when the price drops, but Seller's remorse is far worse, because you already had it in your hand, it was already yours.

This post is taking forever to write - because mostly I am chatting with a handful of friends on Discord who over the last handful of years, have managed to collect a handful of tokens. It is amazing what consistency can do and the power of a group of people who keep each other informed, entertained, supported.

Again - so happy for these people and one day, I will buy them a beer (they don't need me to buy) to say thanks for all of the good times, bad times, and corners we have been waiting to turn. Is this a corner turned for Hive?

I think so. But, as someone rightly mentioned today, this doesn't speak of adoption, this is bullrun pump and hype. It might attract a few people to give it a go when they see how much some people are making here, especially since it is still one of the few places to earn from nothing, but most of them will leave during the bear. The real adopters, work through the bear markets, because that is the best time to build.

The hype times are far too distracting and there are eyes and excitement all over the place, but there isn't a great deal of presence building, relationship building, skill development. It is loud, noisy and people are unable to focus, because they have so many other things going on, especially those who have been playing around for a while.

If my local friends in crypto could see what I actually do in a single day or during the time in the evening after everyone goes to bed, I think they would actually be quite shocked - maybe even worried about me. that is in the bear markets - bull markets are pretty insane and there are so many moving parts and things to learn, check, adjust constantly - plus all of the new developments taking place, the airdrops, the tasks to take care of and on Hive, all of the various social drama - with the writing on top - it is hard to hold it all together.

But as I asked from a client today, if he could make an extra 140€ a day (about double his salary) a day doing tasks outside of his work, how many days would he miss?

Well, this is why I haven't missed a day since 2017. No, I don't earn that daily on average, but there are some days where I make up for the rest, days like today. Technically (haven't sold), I have "earned" about 4 years of salary this week. I have been on Hive for 5 years. It hasn't been easy, but I can't help but feel good that at least today, it seems like it was all worth it. And I am sure, that I am not the only one today looking at the monetary value of their accounts in somewhat disbelief.

But you want to know the incredible thing for me? I have been a small part in creating many of those looks and feelings that the future is going to be better than the past. It might not last long as people get accustomed to the feelings - but I like that even if slightly, I played a role that improved someone's life, while I improved my own.

Savor these times and remember them for the depths of the bear and know, the bull will return.

Now, it is off to bed, as tomorrow life continues unabated - back to work.