The Coming Flood and the Boatless

I'm away for a few hours and you break crypto. How am I meant to trust you?

Ah, China is to blame?
Did they double-ban Bitcoin mining? 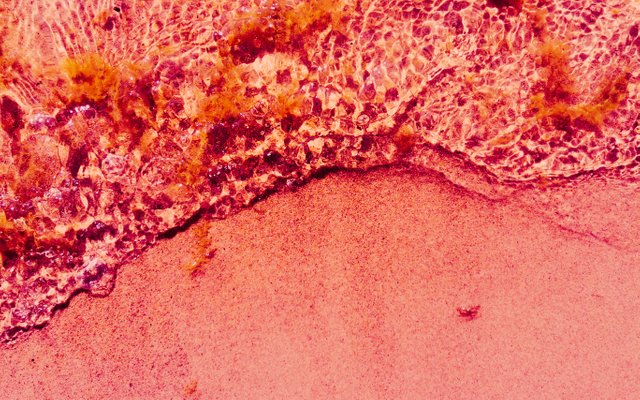 It is interesting how affected people are by the mainstream news still. It seems, no matter how many times, the same articles can force people into going into Chicken Little mode, and proclaim the sky is falling. No, it isn't - crypto isn't going anywhere for a while.

It can feel like it is unstable due to the volatility of the daily markets, but zooming out a little shows that it really is only moving in one direction and, since there is so few participants at the moment (relative to the economy as a whole), the upward trend has the potential to keep heading in the same general trajectory - up.

Whether you personally benefit significantly from the trends or not, will depend on whether you are able to first buy or collect some tokens and then, be able to hold them until they are at a significant value or, can produce a significant amount of value. For me, that means being able to at least replace my monthly income (if I choose or need) with crypto. Of course, this has to be a replacement at the bottom of the bear market, not at the top of the bull, for I gots bills to pay.

I was talking to a friend today (someone who I have talked to about this "crypto stuff" for ages" and how I have failed to build a compelling enough narrative for them. For them, they feel that they are not in the "right space" in their life to get involved and prefer to spend their time on other things. That is fine, but I believe that unless they are going to you know, go and spend their time meditating at the top of a mountain in silence for a year in order to focus solely on whatever they think is important, I reckon they have the time.

But what I think is interesting with many people I have talked to is, they think they are doing me a favor by listening to me, when it is the reverse that is true. If I wanted to get more favor, I could far better spend my time maximizing in crypto rather than talking to people who don't care enough about their life to do a simple google search for themselves - but I don't. Why?

Because I don't want to live in a world isolated from others because they were to stubborn to break their conditioning and default activity. It is their choice whether they participate or not, but unless they get some half decent information form experienced people, they are going to be at the mercy of the mass media who are notoriously incapable of reporting on well, pretty much anything these days.

To each their own?

Yeah. But I know that I would be pretty well annoyed if people I knew had something they were passionate about, believed in and felt that I should be involved - but didn't talk to me about it. It is like knowing someone has a chronic illness, knowing what the cure is and then, choosing not to tell them because it isn't normalized by society. It seems selfish, doesn't it?

Perhaps I shouldn't care and instead just Noah's Ark it and let all the rest die in the coming flood of debt, inflation and economic disenfranchisement. How high does the water need to be before they start to listen - ankles, waist - neck?

We are moving into what I think is going to be a very difficult economic and social climate, as it will emerge that while some people have been able to generate a significant amount of wealth, a lot of others have been getting themselves further into debt. This isn't just going to be between crypto and non-crypto - but within crypto too, as many people will have wasted their opportunity, by stepping into the steaming piles of FUD placed to trap them.

As I said to my friend today - I am yet to meet anyone who feels they couldn't do with a bit more money or investments. But more importantly for me, in order to stabilize a community and push it toward its potential, the fundamental thing we need is trade. This isn't just monetary - it is the sharing of goods, services, ideas, perspectives, feelings and even human touch. This trade can't be well delivered by any centralized system, so what we need to do is create it with our own hands.

Crypto is a way to communicate globally in ways we have never been able to do earlier and, a way to do it for the people who care about things like community, safety, friendship and love. No government, corporation or bank gives a shit about those things at all. The only reason for me to talk to anyone about crypto at all is, because I care enough about them to do so.

The flood is coming and the tide will lift all boats. But, you need to build yourself a boat.