The Creators of the Metaverse

This afternoon a near-no-coiner friend of mine sent me a link to listen to called, Uncomfortable Conversations with Josh Szeps - the link leads to the Spotify version.

The podcast is only an hour long, but it is definitely worth a listen, as the host (Josh Szeps) talks with Mark Carnegie, a venture capitalist who founded a billion-dollar asset management company. And, he is pro-crypto, at least partially. 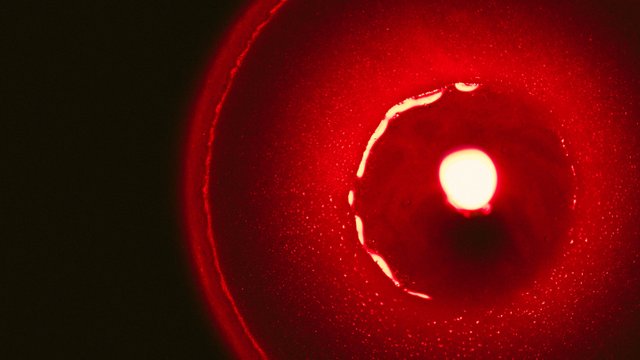 He takes quite a centered look at the scene and is obviously well-enough versed, but I also think that there are some holes in his knowledge and perspective, which only really exist because he is yet to see Hive, @Splinterlands, @Threespeak, @Leofinance and all of the other various things that are going on here. So, I sent out a tweet to see if either will be interested.

Before tweeting, I also parked accounts for them.

As it was only 90 minutes, they didn't go into a huge amount of detail, but did touch on things like DeFi, the Metaverse, gaming NFTs (Carnegie seems very bullish - and rightfully so) and what I am very bullish on myself, the creator economy. Instead of writing out the discussion though, I will leave the link above for you to listen to and as you listen, think about how Hive is already exploring or doing many of these things.

For now though, I will continue on with the creator economy, but I will start it with a quote form the discussion by Mark Carnegie when asked what a young person should do and add, that he can't get his own kids to understand this is,

This is a bus, you are either going to get on it or get hit by it. And this is far more about your career and the creator economy, than your savings

Create me, create you

I spend a lot of my time on Hive talking about various aspects of tradeable skill development, skills that are in demand and can be leveraged to earn on. It isn't very popular though, because that is what we are meant to do already to earn - work. However, the adage of "do what you love and you'll never work a day" whilst absolute crap, still has some redeeming qualities, as doing what you love for work is way better than doing what you hate for a job.

But, the world isn't a "fair" place, as there is an enormous amount of variation in opportunity, dictated by a great many things that are outside of our control; like where we are born, who our parents are, our intelligence, our height, our temperament and the country, the general economic conditions and the culture we are born into. None of us are a blank slate as a genetic individual, none of us are a blank slate by social DNA either.

But, the world is changing.

We are creating new worlds.

The concept of the Metaverse has been around for decades already, but just like the alignment for crypto and blockchain, the technology to really start building it is quite recent. The metaverse is essentially a world beyond our own universe, which means a world of virtual and augmented reality, digital avatars and an ability to combine all of our experience without having to perform our activities on a singular substrate of experience. Sounds fancy, but we are already doing this now at a more rudimentary level across multiple platforms that we use for various purposes to interact with our world and each other.

The future however is going to continuously connect and intertwine these currently largely independent experiences and tie them into a more coherent singular experience, while still giving the flexibility to use them in an open manner. In order to do this, the Metaverse has to operate like the real world today, though the rules needn't be the same. What this means is that it has to for example be accessible by everyone, just like the current world is to everyone who is born. It has to be borderless, just like the real world is, where we are only limited by what we can think and create. It has to have an economy, which is obviously where crypto plays a role.

This is far less science fiction than it sounds however, as like you can see, we are doing these things already in the real world, so why change? Well, because the real world is limited in many ways and we needn't be limited, at least to the degree we are. But even this is changing already on Hive, where for example a person who was previously tied to a caste system, can potentially now play Splinterlands from India and feed their family, bypassing the cultural limitation on work that society places upon them.

What the Metaverse enables through the building of digital avatars, is the removal of limitations of many kinds, creating a more level playing field. But it isn't just the play-to-earn model games, it is the ability to build those games too - as well as a million other things. We have entered into an age where app developers are spread across the world and they are no longer bound by their physical location. This is the same for musicians and artists too. Creators of all kinds and from all places are discovering that they can Work From Anywhere (WFA) and still earn.

But, this is not just the "stereotypical" creator, it is pretty much everyone now. Over the last two years of the global pandemic conditions, people from all kinds of work places, including traditionally always face-to-face fields like teaching, have had to find new ways of working. And find we did. While it is far from perfect, under testing conditions it was pretty well implemented considering many of these fields and organizations had previously said no to remote work. However, what this has done is opened up a gateway to people discovering a world that was previously inaccessible - the early iterations of the Metaverse as we will know it.

What they are calling in the US as the "Great Resignation" with people leaving their jobs in droves, is part of this paradigm shift as people do not want to head back to the office, they do not want to be tied to a single company, they do want to do more of what they want to do. And, this exodus of workers will then be looking heavily for alternative income streams, places they can earn on their skills, without having to work for someone.

So, they will build them and have them built for them, as new nodes in the metaverse spring up looking for a user base to utilize the platform in order to earn from it. These will come in many forms and topics, but they will be all be interest group orientated, which means, they will have communities much like we already do on Hive. And, these will come in different forms too, but one of the common threads through them all will be that they are open borders and opt-in environments. This doesn't mean they won't be exclusive or allow all behavior equally, but they will have a culture that says, abide by our rules and you are welcome, no matter where you are from. This becomes even simpler when there are digital avatars involved, rather than unchosen identifiers like race or nationality.

The world is changing and we are creating new world all of the time. This means that like the quote above hints at, our "careers" are also going to change. But, one thing doesn't change in all of this.

I don't mean that everything is going to be pay to play, but whatever world we live in is going to have some kind of trade involved, whether it be monetary, physical or skill-based trade - we have to work out what we can do that is valuable enough that someone is willing to provide value to us so we can live. The Metaverse is not some utopia where everyone gets what they want with no inputs, it is going to be just like the real world is now, work of some kind has to be done somewhere.

I have mentioned many times on Hive over the years how this is a breeding ground for skills for the future and I see it becoming a powerful incubator for driving innovation and enabling and empowering creatives around the globe to participate in the economy of the Metaverse. I have talked about these things for years, but this is the first time I am using the "Metaverse" label, because I think we are now getting to the point that people are able to not only imagine it at a conceptual level, but also see how much of what we are doing now is slotting into place to build it.

Hive is part of the Metaverse already and I think in various ways, it has the potential to be a very significant node in the network to come. Here, we are already doing what some others are still trying to wrap their head around, and most others have no idea is even a possibility.

From the venture capitalist to that kid in Calcutta - there is opportunity to opt-in and work from anywhere.