The curation floor and moving more

Today, my curation was 66 HIVE, which I think is about where it will be on average after hardfork 25 and the changes to curation. As I was not a curation maximizer previously, this will be about 20% up on what I was getting pre-fork, helped along by me also being a comment voter, which was penalized by the convergent curve earlier. But, this is about what I had predicted the change in curation return would be for me and people similar to me. Of course, the maximizers are getting less, but there is more going to average curators in general, and there is nothing being returned to the pool now, whereas before, there was up to 20% going back in for redistribution. 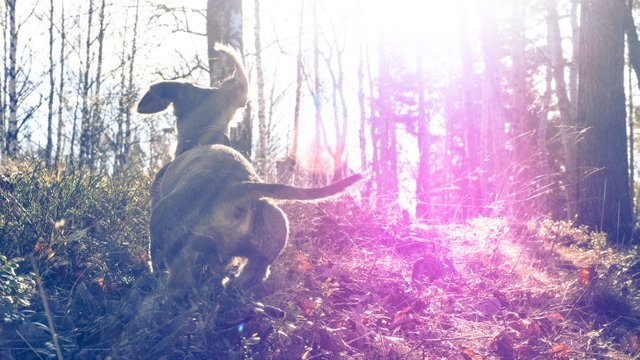 The curation return amount is only steady when voting in the first 24 hours, but can be increased by people voting after that. This means there is a floor curation if voting in the first 24 hours, which is pretty much getting the 50/50 split. Being a little more conservative, I will probably get more like 60 HIVE a day and with the current price of HIVE being 28 cents, that is about 16 dollars a day in curation. That probably sounds like quite a lot for some people, but it comes from years of powering up in order to be at this point.

It is a fair amount though and what is cool, is that is about the amount that is also going out to others in the community too and hopefully, they are powering what they get up also and pushing it out to others again. It is a bit of a challenge at times, because I want to support people who are looking long, but it is hard to find those who truly are. So many times in the past there have been the "all in on Hive" kinds of people only for the them to scarper as soon as it gets remotely difficult or the market declines.

I heard that there is the ongoing conversation (been ongoing since I have been around) getting more traction for increasing the voting values, so that they can carry more weight. For example, having a 200% vote instead of a 100%, meaning that the entire days voting can be done in 5 votes instead of 10. There are pros and cons to this, but one of the big pros is it would be possible for large stakeholders to be able to really boost great or very important content highly, as they can effectively double their vote value on one post. This can lead to far greater incentive and therefore competition for the high end for authors. Negatives to this is of course, people voting less widely and of course voting on their own content heavily - but that can be countered similarly as it is now.

While a lot of this kind of information only interests people because there is money involved and people like money, it is important for content creators to understand the ecosystem they are creating for, as well as the audience. My recommendation for people looking to build a significant presence here hasn't changed in 4 years and for those who have followed it and stuck with it, pretty much all of them have seen better than average performance.

"Better than average" is important for content creators as if what they are doing is the average, they aren't going to stand out enough in order to be seen and attract attention. A lot of people try to shortcut their path to attention by creating drama and this can work - but it rarely works in attracting stake. For the most part, stake prefers content and user who they feel are adding some value to their stake, which is quite a natural path to take.

Oh, I should probably bulletpoint some tips.

Well, that should be enough of a rough idea to indicate that there is more to it than dumping a post onto the blockchain and reaping in rewards. This is an ecosystem in more than the technological sense, as there is a complex social structure involved with it also and while not everyone respects it, the system is far more advanced than many give it credit.

Too many people over the years have participated and got stuck in the moment of the blockchain, without acknowledging that things have, can and will change constantly. Some times those changes are a benefit for an individual, sometimes a hinderance or cost - but the changing landscape always brings with it opportunity for growth and innovation, if paying attention. The problem is, many get stuck in their ways of the time and then fear changes when they arrive, not embrace them.

16 dollars a day from the Finnish perspective is not going to do much at all, but since I look long and understand that conditions can change significantly, my financial hope is that in the future, HIVE is at 1, 2 or 5 dollars consistently, meaning that at 2 dollars, that the daily return could be 60, 120 or 300 dollars a day. That seems impossible to many I am sure, but there is far more chance of that happening than of me getting an equivalent increase in my paid IRL work for the same.

It is interesting what people will do for a 5% payrise a year and what they won't do to get that same amount or far more through investment and alternate income sources. There is close to no way that my work is going to double my salary in the next five years, but HIVE at 2 dollars in the same time?

The markets are notoriously difficult to predict, but there is one thing for certain, to have significant gain from the upside, stake of some sort is needed. However, those with no stake are still going to be affected. The world economy affects us all, whether we have money or not and on Hive, it affects us also, including who has stake and how they use it. Anyone can buy stake, as long as they have the economic availability, but earning stake on the platform is a different animal completely and not one that everyone handles the same or treats well.

But, we each make our own decision to join Hive, how we act on Hive and whether we stay on Hive. There is opportunity for many, but pretending that everyone is the same doesn't do anyone any favors. People doing what I do will only work for some people, but that doesn't mean that doing something else can't be effective and successful. This is the beauty here, as there are many possible approaches and for those who take an interest in finding their feet, their voice and taking responsibility, they can probably find a place where they can grow and in time, thrive.

I think we all want to feel like we have opportunity in this life, but I also think that the healthiest way is to create the opportunity ourselves. It probably isn't a quick process, an easy process, nor a process without costs - but it is possible. I guess it is the same in all parts of life - most of us never find out what we are capable of, because we are unwilling to put in the work and, just incase it doesn't work out the way we had hoped.

I don't think I have ever tried for something this hard or for this long before in my life and I am no stranger to work. It is interesting to me to think that once upon a time, I would never have put so much work into this much uncertainty, let alone invest myself even further into it. Yet, it is the most satisfaction I have had working for the future I have ever had.

The future is never guaranteed.
Economy. Culture. Code.
All things change. All things are connected.