I have put a lot of time and effort into crypto over the last five years, but the fact is that I haven't actually put that much money in. Yes, I have bought some along the way with my first purchase back in late 2017, but considering my total holdings, I am well and truly "up" on my fiat investments. I could be up by magnitudes more, but I have made enough silly decisions along the way that I am not.

However, I know quite a few people who have significant holdings in crypto who have never bought any at all, with everything coming from earnings on platforms and then making some good decisions with what they earn. It is incredible to think that there are quite a number of people who are or will be millionaires literally from scratch. I don't know if I will ever be counted among them, but perhaps in a technical sense, a 6x HIVE spike would push my account worth past the magical 7-figure mark. Which even from a technical sense, would be amazing. 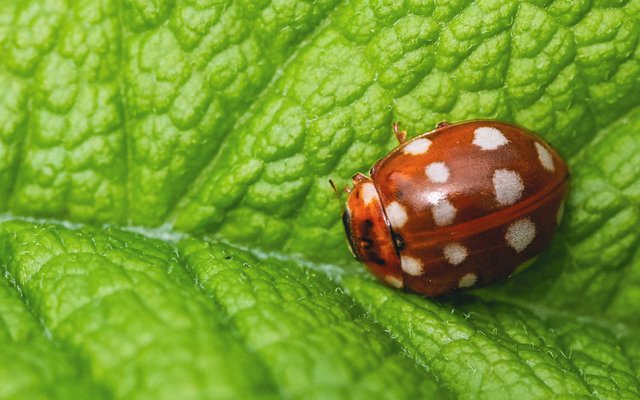 But I was thinking about it today and regardless of what an account is currently worth, I wonder how many people would be willing to invest an equivalent amount to have the same. This is an interesting thing to consider in my opinion, especially considering that those who hold do so with at least some expectation that the price will rise.

For me, there is no way I would be able to purchase my account size with fiat, as the value is worth about half as much as my house, and I have a mortgage on it. I just do not have the resources in my life to purchase even a fraction of it. That is quite insane, isn't it?

It is crazy in several ways too. Firstly, the value has been obtained mostly through time, effort and the use of my skills and experience to earn. Secondly, these things have been able to earn on a community-directed platform where there is literally no centralized controller. And then there is the fact that I am willing to keep participating here in a very volatile environment with suck significant amounts, rather than go out to the "safety" of fiat.

What this means is that at the current prices, what I am able to put into HIVE doesn't change my position on Hive or in HIVE very much. For example, I might be able to manage to buy 500 dollars worth of HIVE a month, but each month that is only going to affect my account by around 0.2% in token volume and therefore, draw on the pool as well. Not only this, it opens me up to increased HIVE exposure, when I am already "exposing myself" very heavily. I have traded into a lot of HIVE over the years.

However, if for example my account was a tenth of the size, buying that same amount would change my holdings by 2% a month or in a straight line referencing the first, 24% in a year, which is a massive difference in holdings, especially since that will be also increasing the curation capture performance, which would add about another 10% to the total volume of tokens each year. Even putting in half the amount makes a significant difference.

This is actually something I have liked to see over the bear market, where some people who were quite small accounts decided to powerup their accounts with HIVE and take a punt on the future. Many of these people were content creators who were earning some, but not necessarily very well, but once they started buying, they often shifted their attention on the platform too, from earner to earning investor and started to learn more and explore more, as well as become more proactive in their participation.

I believe that the people who both have the most fun here and take this the most seriously, are those who are invested in their experience. Paying for usage and having some skin in the game makes it like a real hobby, where for example paying to use a tennis court for an hour, generally isn't wasted sitting on the sidelines. But, I wonder how many of the people who bought back then at say 10 cents, would be willing to pay the current price for their account today. Also, how many people who bought at two dollars (like my first purchase) would be willing to pay todays prices, if it is a quarter of what it was then?

Probably not many on either side, yet if the belief is that it is going to go up, then there is still a reason to invest, other than overextension and overexposure, especially if looking at cost averaging on the downside. However, what is "too exposed" on Hive if say, five years down the track there is the potential for the base price to be ten dollars, the pool is still available, the masses are now onboarded into crypto and the significant amounts of investment capital out there is looking for projects to support?

Sure, under that scenario I'll be fine with what I have, but I would be pretty happy if more of the people who are here today would be fine also. However, it is up to us as individuals as crypto (at least for now) is entirely opt-in, no one is forced to buy, sell or hold. Some will argue that their life circumstances dictate terms, but that is actually not the case, especially for many on Hive, as Hive is essentially extra money that wouldn't be available (and wasn't) earlier. While I know that for some people, Hive has literally saved them from starvation, five years ago, they would have just starved - or found another way.

Hive hasn't impacted on my life at all financially yet, other than given me the potential to potentially have an investment position in crypto future. Without Hive, due to my personal circumstances I would have likely never bought in at all, as I never had anything extra to buy with, as my life sucked all earned away again. Again, I find it insane that knowing what my life was back then, I am still willing to risk what I have earned in crypto, by stating in crypto. As I wrote the other night, I am a believer in the future of crypto and Hive in particular. I know there are no guarantees and I may be proven wrong, but this is the thing with belief. Based on what is known today, what does the future look like?

For me, I think it looks very bright and I think that once that investment money starts rolling in from the traditional vehicles, the entire crypto space changes in ways that are going to fundamentally change the industry and this platform. This means that those who did make a few small purchases back in the day are going to get some pretty insane returns on their outlays, and still have been earning more tokens along the way. Tokens that get used daily, tokens that create other tokens, tokens that underpin games - tokens that empower thought, creativity and conversation in a multitude of ways.

Over the years I have met many people who proudly proclaimed how crypto is a scam and they would never buy in. This was when Bitcoin was under 1000 dollars and was ridiculed by all. Many of those same people today, are about to make their first purchases at 50x the price.

And they will be glad they did.