The Right Time, At The Right Hive

How often have you, "missed it by that much" ? 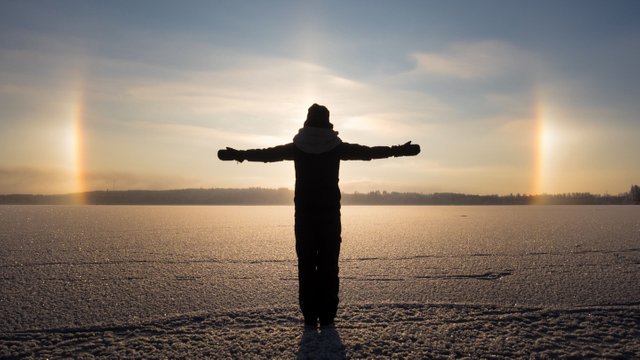 One of the things that a lot of people think about Hive is that it needs to compete with Facebook, without realizing, it already does. No, not in numbers of course, but in niche.

Over the last century, the global drive has been away from monarchies and into centralization of governance and while businesses are "for profit", governments are "for power". This leads to an obvious issue as power tends to corrupt and the more centralized, the more powerful that governance becomes, continually encroaching on the possibilities of populations.

An obvious example of today is, "to be granted freedoms, get vaccinated" - This shows ownership over our very bodies in the same way a slavemaster treats a slave and fundamentally misses the point of "freedom" - which is not something that can be granted.

The one and only

But this aside, the faces of governance and economic structures is rapidly changing and those organizations that are for profit are increasingly becoming for power too, as each feeds the other. This has meant that the companies are continually encroaching on government territory in their push toward monopoly (which is the generalized incentivized goal), to influence and replace functions of government. While not ideal, this is actually part of the shift from centralized control, into decentralized control, but it is not the final stop.

There are massive benefits from centralized organizations like Facebook, as they are able to raise funding and create an ecosystem where new businesses and can be ideated, funded, grow and thrive. However, due to the nature of centralization itself and the quest for profit and power, as gatekeepers and policing of the ecosystem, they will enforce their standards and enact their punishments.

A nation in the clouds

This can be quite oppressive, especially if you consider that they have the largest nation on earth with 2 billion users spread across the globe. The difference is of course, that their nation is borderless and is held in the cloud, yet this doesn't stop them from interfering with government structure, nor restricting the movement of its "citizens" - in fact, due to the technology, they are able to govern at the granular level and observe all activity they choose, pushing and pulling on the levers to drive the mechanisms that benefit their overarching goal of more profit and power.

But, being big doesn't make them immune to failure and due to the very mechanisms they have used to get into their position, their downfall is near guaranteed. The reason is that while the will of the centralizer is to take ownership of a monopolistic position in the marketplace, the course set for the future is through widespread ownership of a decentralized market.

Previously, decentralization at the global level needed, suffered from an alignment problem, as the technology required wasn't available to enable it. For example, while a blockchain is a very old ledger technology, the ability for blockchains to exist as they do today by processing, verifying, and recording activity autonomously was not available. Bitcoin as we know it wasn't possible sixty years ago when the heart of centralization was pumping hard. To be viable, it needed the internet and the same abilities that Napster and The Pirate Bay used to revolutionize the recorded entertainment industry - to give birth to Spotify and Netflix, as well as a host of other paid services.

The direction in tech has been going this way for the last couple decades and has ramped up in the last ten years with the explosion of applications built for smart phones. While currently, the majority of these are served through two gateways of Apple and Google, the future will see a fracturing of the marketplace to have more "application exchanges" that will bring in additional functionalities.

We have obviously seen (as we are a part of) the early steps into the decentralization of the financial sector too, with a host of exchanges that cater for individuals and do not require anywhere near the level of "freedom granting" as the traditional versions. This has evolved to introduce more products and services that seep into the cracks of other industries too, like the banking sector and capital investments. Then, piggybacking on the learnings of crowdsourcing for angel investment, the blockchain and crypto industry has combined to bring decentralized ownership to the table for anyone with an internet connection, some capital and a little gumption.

This fundamentally shifts the flow of money through the economy by circumnavigating the "usual suspect" channels and providing far greater individual control of wealth. In turn, this current change in the stream will start to reshape the economy, winding into new paths and pooling into new locations. While earlier, the majority of the flow was directed to the centralized technological and government cities with very few inhabitants, it will increasingly flow and recycle through larger sections of the entire population, which is why ownership is going to be vital and a core part of the process.

As far as we here on Hive are concerned, we should count ourselves exceptionally lucky to be innovators and early adopters in a space that has already beaten the likes of Facebook and Twitter in many ways. People like Jack Dorsey who are now "considering" the challenges of decentralized social networks, still seem oblivious to the fact that their questions have already been solved to a far greater degree than they had asked them.

And this is where we are headed, as the juggernauts of government and industry are not going to be able to keep pace with the constant barrage of application and service development that is going to chip away at their offerings. As these individual components learn to interact and become interoperable on the blockchains, crossing both form, function and finance into a decentralized ecosystem of options, they will satisfy the centralized feel of Facebook, while offering the individual experiences of standalone applications - all while offering users the opportunity and benefits of ownership at micro levels.

Hive doesn't need two billion users to be valuable, it just needs to continue on the path of enabling applications to develop and users to grow into owners. It needs to be part of the conversation that directs centralization into the world of decentralization, and the concentration of wealth and power from the few, into the hands of the many. It doesn't have to be the "one and only" it has to be one of the vital. This happens through us, the user in the way we behave and support the growth of the network and importantly, our own growth into the environment where instead of renters, we take up the multiple mantle of owner, operator, user.

Right in the niches

Believe it or not, Hive is well positioned to be a highly valuable niche that takes its place alongside and collaborating with thousands of other niche communities and applications that build the backbone and framework for millions more communities to build upon and billions of people to interact with.

People seem very confused by what decentralization means as they seem to want to replace the lieks of Facebook with the likes of Facebook. as like all the centralized governments and organizations of the past will find, centralization ultimately fails - every time.

The decentralized structure has its issues with many around the alignment of activity, as organization can be difficult, but the industry is improving in these areas too and thankfully, it will never be perfect. The more efficient something becomes, the less opportunity to grow it and eventually when it stops growing, it dies - which is where we are heading with many of the centralized organizations that are around today - including the governments that grant our freedoms and punish us when we don't do "free" in the right way, their way.

The world is changing rapidly and it is shifting across all parts of society, economy and governance. Everyone wants to be in the right place at the right time to take advantage, but as the saying goes - the best way to predict the future, is to create it. Pithy perhaps, but the implications of what we are part of reaches globally in so many ways that looking back, it will seem obvious.

The power of decentralization will become, being in the right place at the right time always - being everywhere it needs to be, in the form it needs to be in for as many people as it can cater for.