While Jack Dorsey has very recently resigned as CEO of Twitter, I think we are going to see more in the near future follow suit. I think that people such as this are realizing that their reign is coming to an end, as they know it, where being the CEO of these kinds of companies are a limiting factor in what they are looking to do, as they are at the mercy of their board of directors and shareholders, effectively hamstringing them.

Isn't it interesting that the richest people in the world are looking for more freedom? 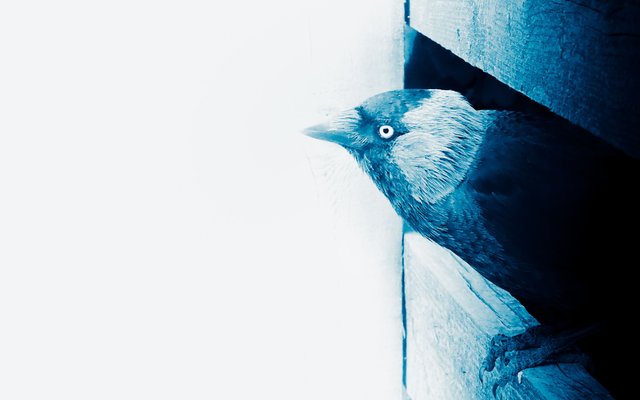 Now, Dorsey also owns 24% of Square, where he is also CEO. If you don't know the company, it is a financial services and digital payments company that supports small and medium businesses to transact. You might also have heard, Jack is also a bit of a Bitcoin enthusiast and Square have purchased two major lots and hodl over 8000 BTC - which has a street value of around 500 million currently.

While this is speculation, I would assume that there are soon going to be some major moves into widening their exposure to crypto (They originally put in 1% of their worth but expanded to about 4%) and adding usecase. They aren't the only company that are heading in this direction of course, there are many.

The future is going to be a battle between the centralized and decentralized worlds, and it is going to get quite ugly. However increasingly, people are going to start making their move and while the earliest of the early adopters were likely struggling in the traditional economy (us on average), now that there is a Proof of Concept, the next phase is likely to be driven by the wealthiest on earth. With growing calls from governments and the moves being made in China, their days of "free reign" are numbered, meaning like always, they are going to do what they are incentivized to do - secure their wealth.

It has become abundantly clear over the last two years to anyone paying even a modicum of attention that the governments do not care about the financial wellbeing of citizens, they just want to maintain control. There is no print rat of fiat too high and no FUD too low to spread to ensure that people tow their line. So, with talk over things like additional "wealth tax" being discussed, the wealthy are looking to settle their traditional debts and make a move.

This isn't a move to run or dodge however, this is a shift of challenge. By increasingly moving their wealth into crypto, they are taking part in a protest against centralization and supporting what can quickly become a shadow economy, legitimizing the very "scam" that the governments have been warning their citizens about - A scam that threatens the US dollar as a reserve currency.

But these moves have another effect, because while organizing a decentralized community is very much like wrangling cats, the people making the moves now are no longer the "basement dwellers" living with their parents playing with fake internet money, they are people who have a proven track record of building and running some of the most successful and popular companies on earth. Again, this legitimizes crypto, not just as currency, but as something that gets increasingly normalized in the public narrative.

Remember when Vitalik Buterin (Ethereum founder) wrote a piece about legitimacy? In that article he even quoted the Hive and Steem fork and also, how Jack Dorsey sold the first Twitter Tweet as an NFT. This is all part of the proof of concept toward the legitimization of crypto. If you haven't read that post from March this year, you really should.

Most people do not understand crypto, because they have never forced themselves to think about the value of anything, they just take what they have been conditioned to understand as gospel. However, once people have real control over their wealth and are able to allocate it as they deem appropriate, the value of goods and services become far more salient and as such, people have to think about what is "worth" getting their funds.

This scares the hell out of centralized organizations like governments because for the most part, many of the places they spend citizen's tax money would not be supported if people actually got to choose for themselves. How many warships get financed? This is a big reason as to why China is shutting down crypto and their wealthy are disappearing, because they want to maintain absolute power. Other countries can't be quite so draconian, but the larger ones are not far behind, however they are still trying to control crypto, something that they are likely to fail at.

They will fail in part due to the fact that the people who are now moving into the cryptosphere are already legitimized and are able to gather resources around them, both people resources and wealth resources. This means that when a Jack Dorsey enters into crypto, he doesn't opt-in alone, he drags others with him and is able to direct them to build products and services suited to the crypto populations.

While Bitcoin and crypto ha been somewhat of an oddity up until now, with 2.5+ trillion bouncing around the blockchains and some of the best coders and security developers plying their trades, it has been legitimized as an adequate pool of wealth that is worth fishing. The businesses are going to increasingly come in looking to cater to the crypto market in an attempt to capture wealth. This generates innovation, fills holes in products and services, spawns hybrid, cross-over and industry specific business, attracts more people to participate and increases overall wealth, legitimizing it further.

At some point, this tiny economy becomes a force and that force is distributed across 100K chains with a lot of interoperability and a couple billion people spread around the world, using, investing and earning on blockchains. This captures an increasing amount of value and as such, it is going to lead to less transactions in the traditional economy to the point where there is a flippening, and the shadow economy overthrows the legacy one it replaces.

This isn't a fast process, nor an easy one, but the disruption is going to be very high to many industries and those in the know, are going to disrupt themselves to make the move into the future, hoping to be earlier than the rest. Unlike the current economy where it is a race to monopolization and strengthening centralization, the value of moving into the decentralized economy is that it returns control back to the people and empowers us to redirect the course of our future.

When we can fly, where shall we go?