A unique perspective on Hard Fork 25 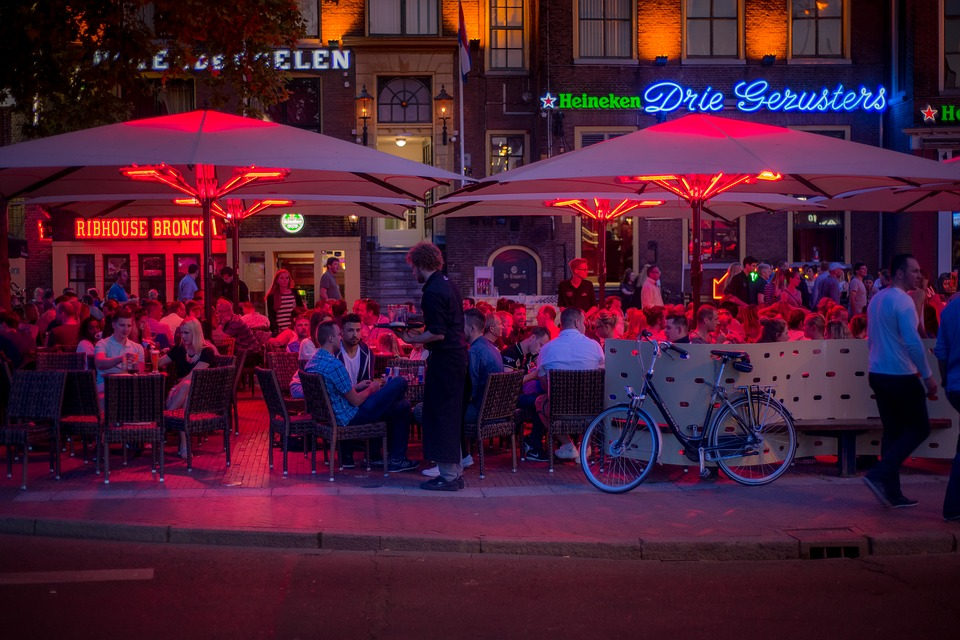 A lot of new changes are coming with Hard Fork 25, but the one that most people will likely be talking about is the changes to curation rewards.

Hard Fork 21 brought some of the most significant changes with the EIP (Economic Improvement Proposal). The EIP was a collection of three core changes to the rewards system.

Many users were happy with these changes, many were not. One thing everyone can agree on is the changes removed all incentives to purchase votes. Free downvotes, although most people never used them, discouraged the use of bid bots to buy votes on posts. There are still some edge cases of this behavior but it has mostly been eliminated. As someone who ran a bid bot, I still supported this change.

What I do want to talk about is the author curve, this is something that was very misunderstood and highly controversial. 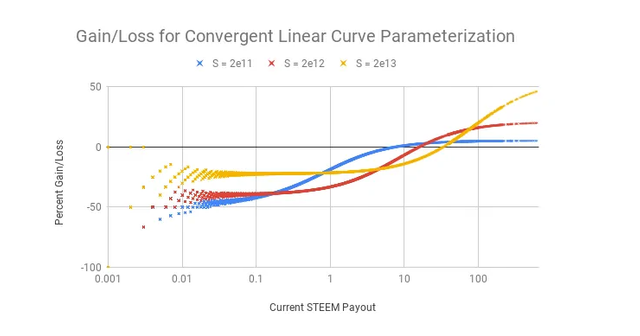 When the curve was announced, it was to solve one main problem but it came with multiple side effects. The primary problem the curve was introduced to solve was low value spam, frequently on comments. A stake holder can easily hide a good amount of self votes (on their account directly or an alt that makes it more difficult to notice) on comments by upvoting in small amounts (typically under $0.50). These small votes look natural and do not draw attention to them. In large quantity even a whale could use most of their stake on themselves without most people noticing. If they were to upvote 10 shit posts a day with all their stake they were bound to be noticed.

The curve was designed to reduce the rewards you can get with smaller votes until a post or comment reached a certain threshold where the new curve reached a similar reward as the old curve. At the time this was about 16 Steem, but changes rapidly. The end result meant posts and comments would require $0.80 worth of votes to reach $0.65. Even smaller rewards the curve was even more harsh, a $0.02 comment or post would require almost $0.04 in votes to get there.

This curve was heavily misunderstood and many stake holders claimed their votes were worthless now as they only had a 2 cent or 4 cent vote. In reality, this wasn't really true as the curve affected post and comment payouts not individual votes. So even though you may have had a $0.02 vote, your vote would be worth just as much if the content you voted on was above a certain threshold (usually $1-$5). In fact, another side effect of the curve was at the high end where you would receive even more rewards than pre-EIP. The largest posts would receive a "bonus" over the old curve and would mean posts that are popular would receive more rewards. This was actually part of the plan from the beginning, but I don't think many people really focused on this.

Anyway, I am not writing here to tell you about how things were. I just wanted to make sure you had enough understand to understand where we are going and some unique opportunities it presents.

With Hard Fork 25 there will be no convergent curve, and the reverse auction is being eliminated.

I explained how the new curve worked, without it you will no longer be penalized for smaller rewarded posts. The curve won't be linear, but it will be close to linear, and nearly exactly linear within the first 24 hours. Everyone who votes within the first 24 hour (this time window may change) of a post/comment will receive the same portion of the curation pool based on their stake. No one within this time frame will have a unique advantage. This will disincentivize front running large votes and voting quickly automatically to get in first to get the most rewards.

The reverse auction is the five-minute window where you sacrifice a percentage of your curation rewards to get a better place in line and ultimately gaining more curation on all the votes that come after you. This window is being removed completely and there will be no penalty to voting early. Typically curation rewards only accounted for 25-30% of post rewards as a good portion of them were lost to the reverse auction.

These changes should allow stake holders to vote organically without feeling rushed. It will also eliminate the ultra competition to get a vote in within the first 3 minutes of a post, typically two minutes earlier than the reverse auction window ends. Manual curators won't be competing with bots, and large stake holders won't be forced to automate much of their voting or drop massive votes to use their influence.

I said this was about a unique perspective of Hard Fork 25 and so far I haven't done that, I just explained what is coming in as clearly as I can.

If you have been paying attention to communities on Hive, specifically tribes you would have noticed a pattern forming. More of the tribes are moving towards Linear rewards for the sole reason of removing competition for curation rewards. Leo Finance lead the charge being the first to change and my own tribe STEMGeeks followed suit to do the same shortly after. I have noticed newer tribes like CineTV and Proof of Brain are opting for linear rewards.

While the main purpose of linear rewards is to remove competition to vote first and fast, there is something extra that comes with linear rewards that may not be completely obvious. As the reverse auction window shrunk from 30 minutes to 15 minutes, and then 5 minutes the idea was to allow people to vote more natural and hopefully right after they read something so they don't have to wait until it is a good time to vote. This usually isn't a big deal as most posts take at least a minute to read and you likely didn't see it the second it was created, but comments are far faster pace, especially if you use notification services like Gina and F.r.i.d.a.y.

It is very possible you will be notified, read, respond, and vote on a comment within the first 60 seconds of it's existence. I may even go so far to say comments are a bigger part of the conversation than the original post, especially when you have an author who engages their audience. The curve drastically reduced the incentive to reward comments, paired with the reverse auction it was downright disappointing to vote on comments unless you waited it out. By removing the reverse auction and curve penalty on relatively low value comments, more authors will be more inclined to reward quality engaging comments on their posts. In the past the reverse auction gave the burned rewards to the account being voted if you voted early, this was changed to return them to the reward pool. This means if you wanted to give someone a $1 vote early on (say 30 seconds in), you would be giving them $0.50 but a large portion of your curation reward would be returned to the pool and not to the author you voted on. This also discouraged people to vote comments as it isn't uncommon to respond to a comment earlier than the five-minute window.

You can see this play out already on Leo Finance where Leo stake holders frequently reward quality comments with votes. Tribes do not have a reverse auction window, so there is no reason to wait to reward a comment ultimately making most authors to just not bother.

I think this is an interesting and potentially exciting change that may help increase and encourage quality engagement. It doesn't come without a cost though. The main reason for the curve is due to the fact comments are the easiest way to hide self votes and vote trading with little risk. You also frequently can self vote or even vote others with little to no curation reward competition. This means we will need to be diligent to watch for users who may take advantage of this and attempt to exploit the system.