Will Volcano Mining Save Bitcoin? 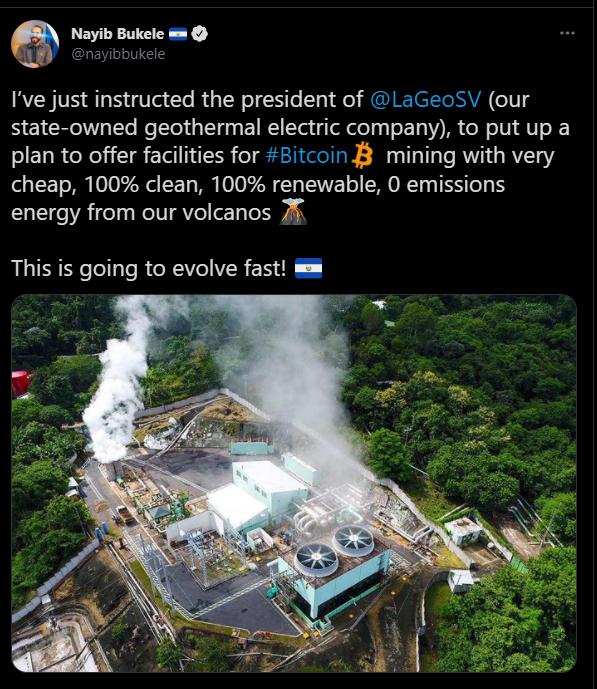 QuoteEl Salvador became the first country in the world to adopt bitcoin as legal tender after its Congress approved Bukele's proposal to embrace the cryptocurrency. read more

Quote"This is going to evolve fast!" Bukele said on Twitter.

QuoteThe Central American leader's announcement has put a spotlight on the environmental impact of cryptocurrencies, which are virtual coins exchanged without middlemen, such as central banks, to purchase goods and services.

At first the story seems kind of crazy, but then you think about it.

Clean steam from volcano as a power source. That's hot.

The process of extracting the currency from cyberspace, requires vast amounts of energy which has recently attracted a lot of negative feedback for Bitcoin and would hurt mainstream and crypto adoption. But if you could find clean ways to mine that narrative goes away. 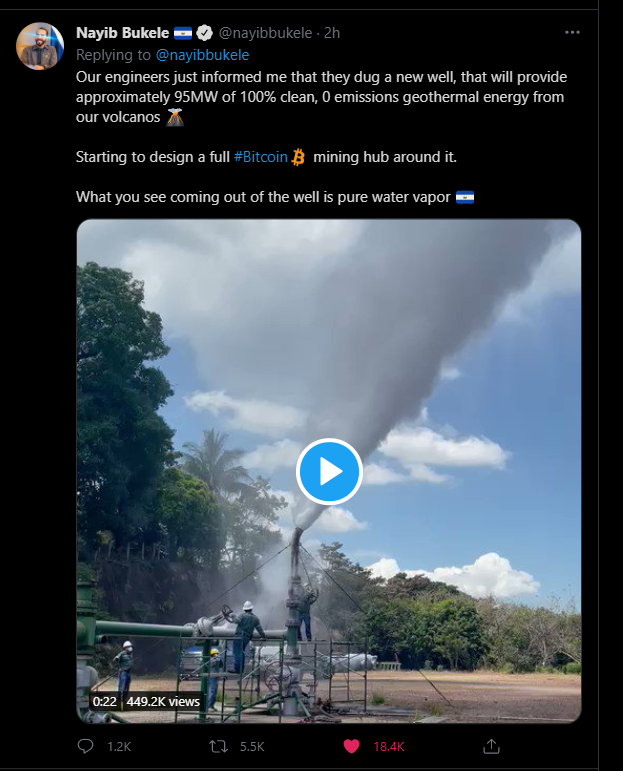 Bukele changed his Twitter profile photo to a image of himself with blue laser eyes, a popular image among supporters of cryptocurrency.

His previous photo, updated when he announced his intention to send a bill to make bitcoin legal, featured him with red laser eyes.

While I never thought Bitcoin was dead, it may recover from this recent FUD attack fairly quickly.

It looks like BITCOIN had a slight upswing with all the positive news.

I love the ridiculousness of crypto, politics and the world.

Funny humans and our money

I can't wait to see what happens next!